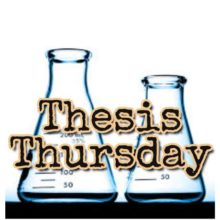 Lex is a current neuroscience major and sophomore at the University of Arizona. Lex has also lived in Tucson for nineteen years, and has been in the same research at Banner UMC lab since high school. When they were growing up they wanted to be a doctor with an engineering degree. Lex quicky realized that medicine was not the right path for them personally, but along the way has discovered a passion for public health advocacy for minority groups in the United States. Lex hopes to become a state senator one day that is very involved  in state government and also owns at least 4 dogs.

The University of Arizona’s Undergraduate Biology Research Program is partnering with KXCI 91.3 to produce “Thesis Thursday,” a weekly segment featuring student researchers talking about their undergraduate thesis projects, or research projects while working with University professors. Students describe their research, their overall goals and career interests and where they think their research will lead. As well, they get a chance to share the music and interests that motivate them.

Broadcast three times every Thursday with a new student each week.