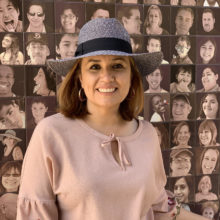 Raul E. Aguirre is the President and CEO of REA Media Group.  Raul is  a progressive and innovative leader within the Latino community. With an in-depth knowledge and understanding of various nationalities, Mr. Aguirre is spearheading the Latino community.  Raul Aguirre is recognized as a national advocate for the inclusion of minorities in the field of market broadcasting as well as a pioneer of bilingual radio and television. Mr. Aguirre has worked as an international reporter, host and segment producer for both Telemundo and Univision, the top two Spanish language networks in the United States of America. Because of his experience as a nationally recognized cultural commentator and speaker on Latino issues he consults with major corporations on strategic positioning to effectively reach emerging markets in the United States.  As an active leader in the Hispanic Community, statewide and nationally, Mr. Aguirre has received numerous honors and awards from civic and professional organizations. His talents in public speaking and dynamic workshops make him a highly sought after presenter throughout the U.S., Mexico and Latin America. Raul Aguirre is a graduate of the University of Arizona and President of REA Media Group, an Arizona based marketing, advertising and public relations agency.