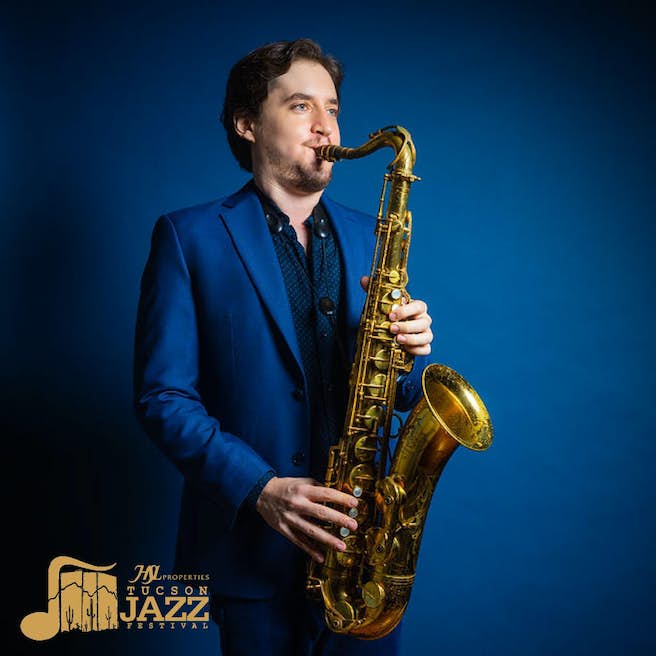 ($25 tickets / 7pm & 9pm sets) NYC jazz saxophonist and composer Alex Weitz won second place in the prestigious Michael Brecker International Saxophone Competition in 2019. In 2019 and 2021 he was the recipient of an ASCAP Herb Albert Composer Award. Originally from Arizona, Alex Weitz was a member of the award-winning Tucson Jazz Institute Ellington Band. Alex went on to complete both his undergraduate and graduate studies at the University of Miami Frost School of Music, where he gained valuable mentorship and experience as a member of the Henry Mancini Institute Jazz Septet directed by Terence Blanchard.

In 2021 Alex won a “Pathways to Jazz” grant from Boulder County Arts which funded his third studio recording. The album features special guests Emmet Cohen, Ari Hoenig, Yotam Silberstein, and Marcus Printup. The album will be released at the Tucson Jazz Festival in January 2023 and available globally in April 2023 on the label “Outside in Music.”

Alex’s performances are known for his exciting, memorable original compositions, strong group dynamic, and creative reinterpretations of standards. In addition to performing and composing, Alex is also active as an educator and has served on the faculty at the Miami Conservatory of Music, Young Musicians Unite, and Jazz Empowers.